Innovations for Poverty Action (IPA) in partnership with Development Media International (DMI) and researchers conducted a Randomized Control Trial (RCT) to evaluate the impact and cost-effectiveness of an intensive, two-and-a-half-year mass media radio campaign in Burkina Faso on the promotion of family planning and modern contraception use. 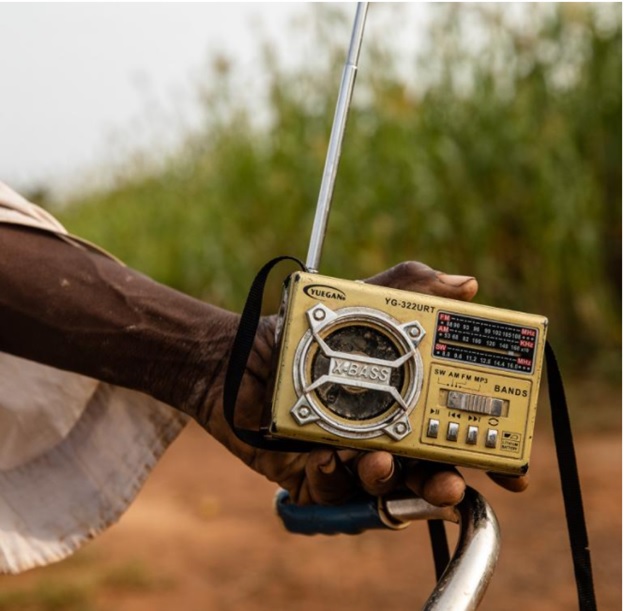 Innovations for Poverty Action (IPA) in partnership with Development Media International (DMI) and researchers conducted a Randomized Control Trial (RCT) to evaluate the impact and cost-effectiveness of an intensive, two-and-a-half-year mass media radio campaign in Burkina Faso on the promotion of family planning and modern contraception use.

Family planning is part of the United Nations Sustainable Development Goals (SDGs), which call for universal access to Sexual and Reproductive Health (SRH) services, including family planning, information and education, and the integration of reproductive health into national strategies and programs. Goal 3.7 “health and well-being for all by 2030”, aims to improve maternal, newborn, and child morbidity and mortality among that population. [1] Like other countries in sub-Saharan Africa (SSA), Burkina Faso had a maternal mortality ratio (MMR) of 330 per 100,000 live births in 2018. [2] Burkina Faso is characterized by a low rate of modern contraceptive methods, with 23.3% unmet need for family planning and a Contraceptive Prevalence Rate (CPR) of 32.5%. [2] Studies on unwanted pregnancies and abortions report that three out of ten pregnancies are undesirable and one out of three unintended pregnancies end in abortion. [3] DMI conducted an RCT to test whether the use of mass media could increase the uptake of modern contraception.

The two-and-a-half-year mass media campaign included 90-second radio spots, which were broadcast 10 times per day, and three regular two-hour interactive phone-in programs per week in six local languages. The campaign aimed to increase contraception use by addressing in an entertaining way, the key barriers to adopting contraception. The campaign focused on providing information on different types of safe modern contraceptive methods available in this context (i.e., implants, injectables, condoms, and pills). It also addressed concerns about side effects, misconceptions about infertility caused by modern contraceptives, information on the health and economic benefits of birth spacing, gender norms, and the responsibilities of men. Researchers randomly selected sixteen community radio stations—collectively reaching over 5 million people—that had minimal overlap in coverage area and broadcast in different languages. 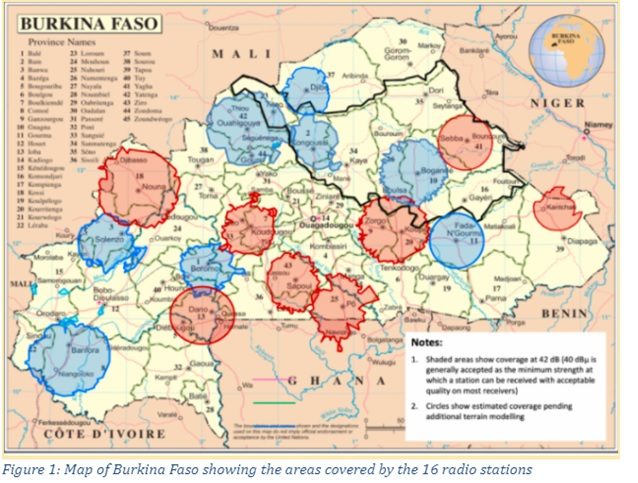 Of these sixteen radio stations, half were randomly selected to receive the media campaign. The other half served as a comparison group and did not receive the campaign during the study period. In addition, researchers identified 3,138 women living in both the treatment and comparison group areas who did not own radio and randomly selected half of them to receive radio. This additional intervention allowed researchers to measure the impact of receiving radio in areas where the mass media campaign was implemented and to compare it with the impact of giving a radio in areas not targeted by the media campaign. A total 7,500 women of reproductive age from 252 villages were surveyed before and after the campaign. Information on age, education, wealth, radio listening habits, access to health centres and use of modern contraceptives was collected. Also, Focus Group Discussions (FGDs) were conducted with thousands of participants in rural Burkinabe communities to understand barriers and enablers to the uptake of modern contraceptives and family planning. Administrative data from the District Health Information Management System (DHIS2) from 838 health clinics was used to measure the impact of the campaign on family planning consultations and disbursement of contraceptives.

This study established that; –

The results were remarkable. The campaign led to a 20% increase in modern contraceptive prevalence rate (mCPR) from an uptake rate of 30.4 percent in the comparison group. in the intervention areas compared to controls. It doubled the rate of increase of modern contraceptive uptake. (p=0.046) This impact was larger for women who had access to a radio when the program started or who were given a radio. Health clinics in areas that received the campaign had a higher number of family planning consultations and distributed more contraceptives. Women in areas targeted by the campaign had lower fertility and higher levels of self-assessed health and well-being.

The media campaign was more effective for women who were already using contraception before the campaign (but who may not have been using it consistently) and who started with more information on contraception and more positive attitudes toward family planning and birth spacing. This suggests that despite low mCPR, there are many women close to the margin of contraception use in Burkina Faso, and they rather than those with entrenched opposition to contraception are good targets for mass media campaigns.

Evidence suggests that the campaign worked largely by reducing misconceptions about potential side effects of contraception. There was a 9-percentage point reduction in the share of women thinking that modern contraception can make a woman sterile and an 8-percentage point reduction in women thinking modern contraception causes sickness. Attitudes towards family planning also improved with an 8-percentage point increase in women being likely to say that women should control the number of children they have during their lifetime. There was no significant impact on fertility preferences, attitudes toward birth spacing, or husband preferences (reported by women).

In areas not targeted by the family planning campaign, distributing radios had a negative impact on modern contraception uptake (5.6% point reduction) and on gender norms. This suggests that in this context, local radio stations do not promote progressive values on gender and modern contraception. In areas receiving the campaign, the positive impacts of the campaign more than offset this negative impact of radio access.

The campaign also shifted knowledge and attitudes about family planning. Women in intervention areas were 35% less likely to believe that modern contraceptives cause side effects such as illness or infertility compared to control areas. They were also 14% more likely to say that “women should control the number of children they have during their lifetime”.

If the campaign was continued at the same rate, it would take 2.5 years for the control group to catch up with the intervention group’s mCPR at end line. The 2.5-year intervention therefore approximately doubled the rate at which mCPR increased.

The study compared the rate of increase in modern contraceptive use from the RCT intervention areas to the average national increases in Kenya, Uganda, Democratic Republic of Congo, Ethiopia, Cote d’Ivoire, Ghana, Nigeria, and Niger. The average national increase per year is 1.2 percentage points in these countries. By comparison, the average increase was much greater in our intervention zones, at 4.1 percentage points per year.

It is important to clarify when making cost-effectiveness comparisons, that DMI’s demand-side campaigns would have zero impact without supplies of contraceptives being available. It can only be meaningfully evaluated as an add-on to supply-side investments. The Guttmacher Institute estimates that over the 2.5-year period of our campaign, all other national family planning investments came to a cumulative cost of approximately $45 million. This intervention cost $3.4 million, indicating that it is a highly cost-effective add-on: doubling the increase in mCPR for a tiny fraction of the supply-side cost.